Hey Guys, Crzypengu here with the latest updates. Club Penguin Island is still on its Beta Stage on Desktop and Joe put up an article talking about some feedback from testing recently. 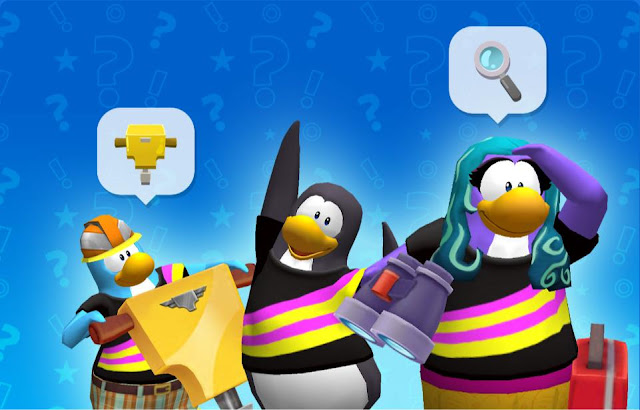 "We’re on the road to version 1.9! Our QA team is working hard to ensure there are valuable fixes in the update, and your feedback is helping with the process."

"We’ve gone through ALL your comments from the last Beta Test Fest post and we’d like to discuss some of the most frequently seen bugs."

Some clothing appears completely black
"Our team has fixed some of these bugs in 1.9, but there could be more out there. Check out the What’s Next section below for more information."

Players don’t dance during Team Dance Battle
"This bug can happen for all different reasons, and the QA team has found and fixed some of them in 1.9. Let us know if you still run into the issue, and if there was anything you’d done that might have triggered it."

Points aren’t scoring correctly during Team Dance Battle
"Thanks for letting our team know about this! Our QA gurus are now looking into the problem. Meanwhile, we always welcome more details."

Purchased furniture items don’t show up in the inventory
"This bug is being investigated and there is a workaround. Try switching your inventory tabs if an item isn’t displaying correctly—this usually forces it to appear. If that doesn’t work, leave your igloo and come back in."

The screen turns pink when loading the game
"Some players can fix this by updating their drivers. However, some players’ hardware might be out of date and unable to run Club Penguin Island. We’d love to have you on the island, so contact our support team to see if they can help with the computer you’re on: support@clubpenguinisland.com"

Can’t comment on blog posts
"If a player opens Island News and quickly goes to an article, they might not be able to comment. Instead, try waiting a few seconds after opening Island News posts, and then go to an article. This can give the game time to log you into the comment system. Meanwhile, there is a loading screen planned for this section to help out."

"We also want to hear about any other bugs you’re discovering when playing on Windows PC or Mac. Here’s a template that can help:"
"As always, THANK YOU so much! We’re so grateful to have a community that’s as determined as we are to build a strong island."

It is pretty neat to know what kind of bugs players are running into at this stage. I have encountered the bug where my clothes would appear black at one time but not any bugs that are serious. Anyways what do you all think of this article from Joe? Is there anything you want the CP Team to put into the game? Leave your thoughts in the comments below and more blog posts will be coming soon.
Posted by Crzypengu at 12:40 AM