What is going on everybody, Crzypengu here with the latest updates. Earlier this week the CP Team put up an article going over the CPI Beta that is currently going on the Desktop, check it out. 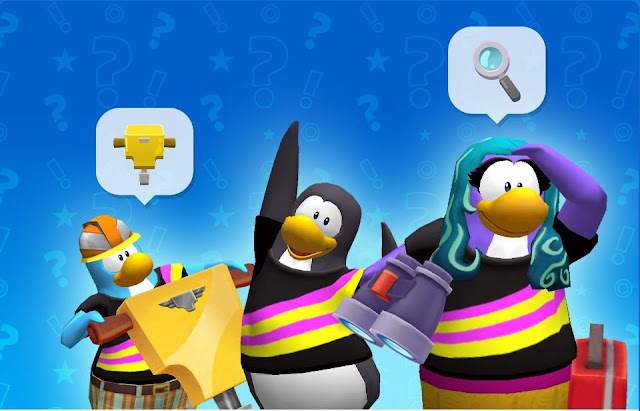 "A big THANK YOU to each of you. Your feedback on our first Beta Test Fest post was super valuable and helped us target a lot of bugs. Our 1.8.1 update has been released, and you’ll find the team has fixed many of the issues you’d reported. Download Club Penguin Island from our website and re-install it to update your game to the latest version. (In the future we’ll have a simpler method to update your game.)"

"Here’s an update on the most talked about bugs:"

Stacking items in an igloo causes them to disappear if you delete the bottom item
"Stacking should work correctly in 1.8.1. Let us know if you continue to have problems."

Placing the maximum number of furniture items in an igloo lot crashes the game
"This is another issue that’s been fixed in 1.8.1. If you still see it happen, let us know."

A pink or blue screen appears when loading Club Penguin Island
"Some players have had success by updating their drivers and graphics software. Players still having this issue can contact our support team at support@clubpenguinisland.com"

Some penguins are invisible to players
"There are various reasons for this, and our team has fixed some of them in 1.8.1. There are also times when invisible penguins aren’t a bug. For example, the number of penguins that load in a room depend on the player’s device and its memory."

Pop-ups during the tutorial won’t close
"This bug has been fixed in each area of the game where we’ve seen it happen. If you still find some out there, let us know."

"We already have a lot of fixes planned for the 1.9 update and we’d love your feedback so we can find even more issues. Let us know of any bugs you find, especially ones we thought we’d fixed. Sometimes they’re tricky like that."

"Include as many details as you can—like where you were in-game and what you were doing when the bug occurred."

"Below is a template that can help:"

"Are you playing on PC Windows or Mac?"
"What bug have you discovered?"
"What were you doing when the bug happened?"

"Thank you, beta testers! Our island is stronger already thanks to your hard work."


Interested in becoming a beta tester? If you’re on a Windows PC or Mac computer, you can download the Club Penguin Island open beta HERE!

Thanks for giving us an update on how the Beta is going along Club Penguin. I enjoy playing the Beta stages as the game because you can see all of the bugs and issues in the game before its released. Anyways what do you all think of this latest article from the Club Penguin Team? Is there anything you want to see come to the game in the future? Leave your thoughts in the comments section below and more posts will be coming soon.
Posted by Crzypengu at 11:06 PM